The quest to find a cure for Parkinson’s disease

Mentored by a Madman: The William Burroughs experiment

was delivered at the Royal College of Physicians Edinburgh, at 7.15 pm on 20th September, 2017, by Professor Andrew Lees MD FRCP, former Director of the Sarah Koe PSP Research Centre at the Institute for Neurology, London, and Professor of Neurology at University College, London, to an audience of almost 300 members, comprised of healthcare professionals, researchers, People with Parkinson’s (PwP), their carers, friends and members of the public. 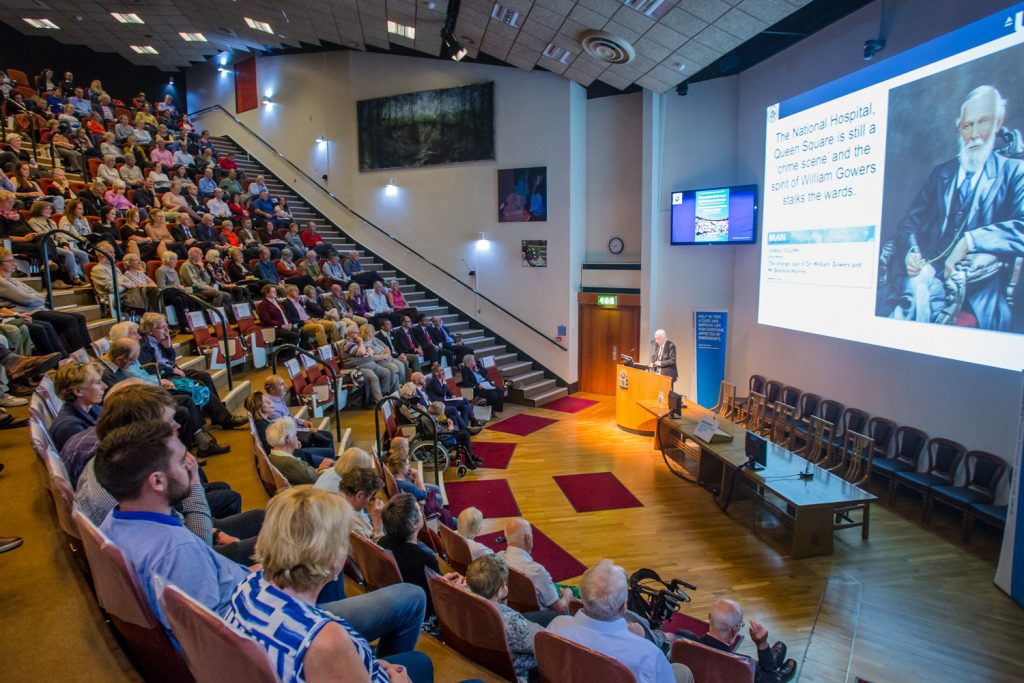 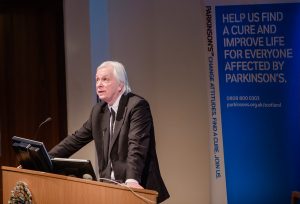 Parkinson’s Disease 200: Back to the Future Conference

The lecture was a precursor of a 2-day meeting at the Royal College of Physicians of Edinburgh to celebrate James Parkinson’s “An Essay on the Shaking Palsy” which was published in 1817 and described the condition that would eventually bear his name. The original first edition from the College’s collection was on display on the evening of the lecture.

Pictures of first edition courtesy of the Royal College of Physicians of Edinburgh. 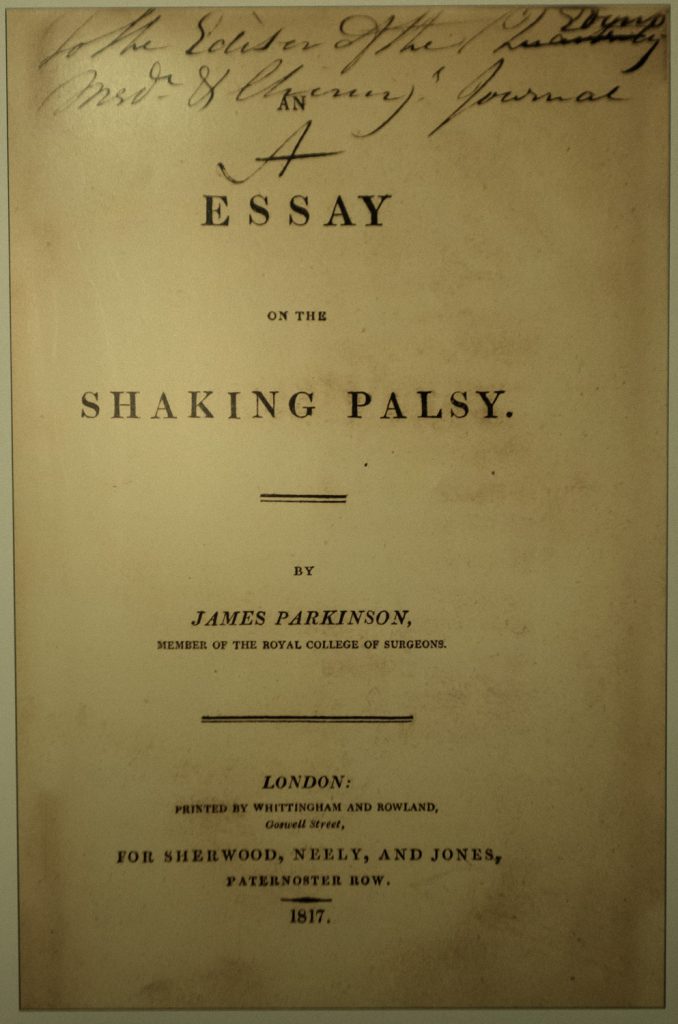 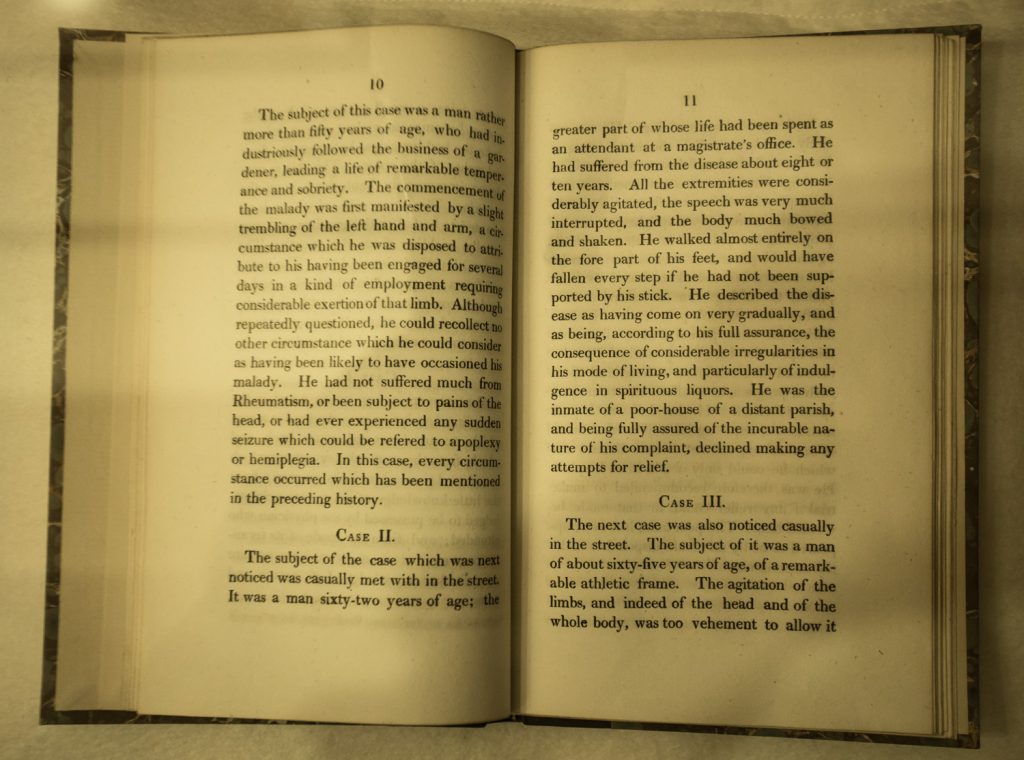 You can get more information on past lectures, including downloads, by clicking on the following links: