The Edinburgh Parkinson’s Research Group (ERIG) has invited all the Scottish RIGs to an online talk by Prof. Miratul Muqit from the University of Dundee. 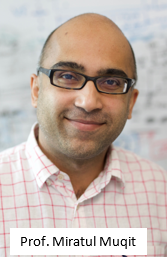 The title of Prof. Muqit’s talk is, “Exploring energy production and failure in Parkinson’s.”

We will hear about the critical role that problems in mitochondria (the structures within all our cells that generate energy) play in Parkinson’s and how Prof. Muqit uses genetic and biochemical approaches to identify defects in the pathways that recycle damaged mitochondria and investigate new targeted therapies.

Registration is free using this Link 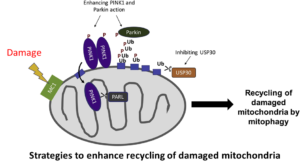 On 7th January 2015 a group of six members of the Edinburgh Research Interest Group visited the start-up company, Parkure. We met the CEO, Dr Lysimachos Zografos, 32, an Athens-born…

A workshop on pain and its management was held on 11th March 2013. Despite atrocious winter weather, 25 hardy souls made their way to Stewarts Melville Sports Pavilion to take…

Visit to the Anne Rowling Clinic

A group of approximately 20 Branch members enjoyed a guided tour of the new Anne Rowling Regenerative Neurology Clinic, located at the Edinburgh Royal Infirmary, on 18th February 2013. The…

Dr Miratul Muqit  from the University of Dundee  gave a talk entitled: Genetic Parkinson’s: Studying the few to treat the many on Saturday 1st December at the Scottish Centre for…

A meeting was held at SCRM on Saturday 22 September, 2012 and featured a talk by Gill Baer and Jane Hislop of Queen Margaret University, Edinburgh, entitled: Parkinson’s Disease and…