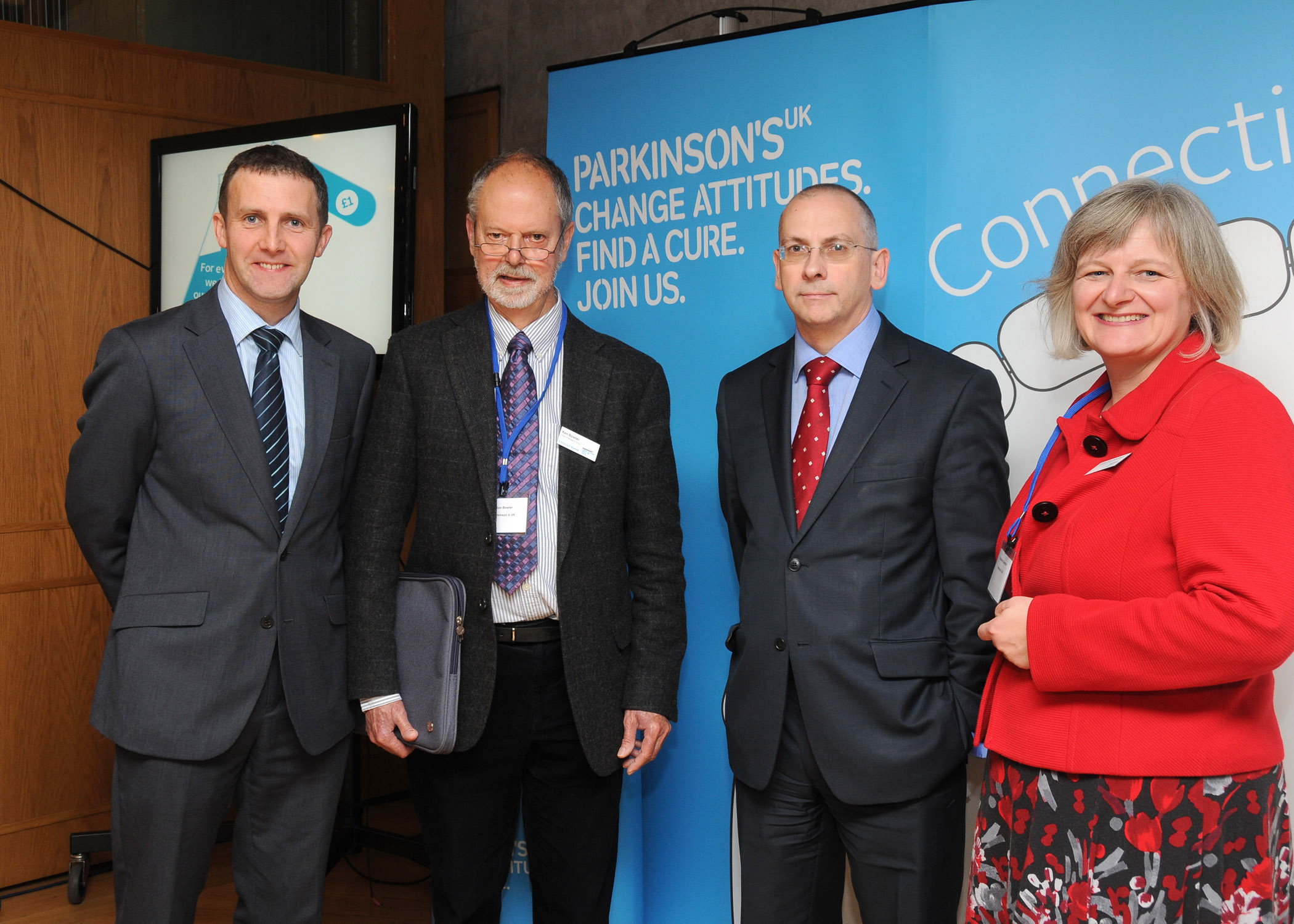 On Wednesday 6th November an evening event entitled ” Scotland’s Brainpower – Parkinson’s UK Research” was held at the Scottish Parliament, organised by Tanith Muller and Katherine Crawford from the Scotland Office of Parkinson’s UK.

The aims of the event were:

The event provided a great opportunity to speak to MSPs about the importance of Parkinson’s research. There was a “market place” format, so MSPs and guests were encouraged to speak directly to researchers, rather than listen to lots of speeches. It was an enjoyable and inspiring evening!

Tanith says:
“Our host, Jim Eadie MSP, is the convener of the Cross Party Group on life sciences so has a particular interest in biomedical research. We hope that this event really helped us to engage with MSPs with an interest in science and the economy as well as health issues. We wanted to send a clear message that Parkinson’s UK research has a part to play in making Scotland a global centre for life sciences. We had attendance from 16 MSPs, including the Public Health Minister, which was great, and it was fantastic to see how many lively and interesting conversations were taking place between our guests, politicians and researchers.”

For more photos of the event click on this link.