How is coronavirus affecting our operations? Learn more
Reports from local research events Parkinson’s under the microscope – progress towards a diagnostic test 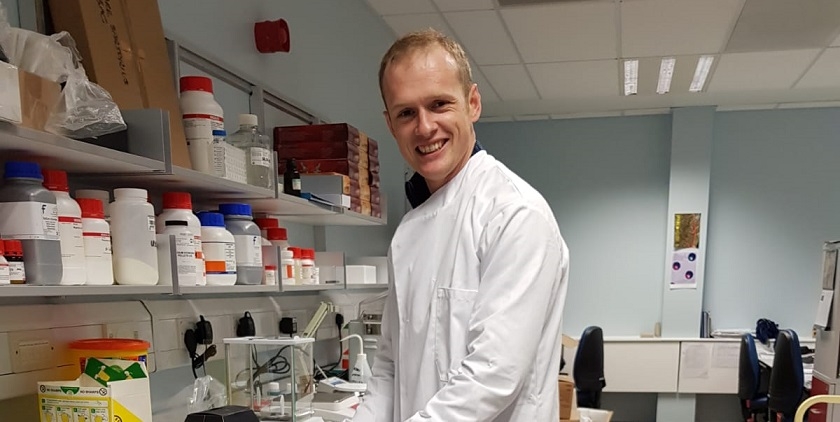 This talk was given by Dr Mathew Horrocks (Lecturer in Biophysical Chemistry, University of Edinburgh) on 25th January 2020 at the Centre for Regenerative Medicine.

Mathew is Head of the Edinburgh Single-Molecule Biophysics Group and he began by introducing his group, some of whom had come with him to talk with ERIG members over lunch. He explained how his research depended on contributions from scientists in a range of different disciplines. Single molecules of the alpha-Synuclein protein made by our cells can slowly assemble over many years into aggregates that are particularly toxic to neurons. He described how he has used fluorescent molecular dyes that bind to alpha-Synuclein, together with super resolution microscopy and powerful computer analysis of the images obtained, to study the early stages of the process of assembly into aggregates that occur many years before symptoms of Parkinson’s become apparent. Initially aggregation was studied in simple solutions of alpha-Synuclein protein. Mathew then progressed to use this method to study alpha-Synuclein aggregates released by cultured human neurons and he was also able to detect aggregates in samples from the Edinburgh Brain Bank. He has shown that this method can be used to quantify protein aggregates in cerebrospinal fluid obtained by lumbar puncture. This could help to evaluate the efficacy of new experimental therapies in clinical trials. If the approach could also be used on more conveniently accessible biofluids, then it could allow earlier diagnosis and much earlier therapeutic intervention than is currently possible.

Mathew’s talk stimulated lots of questions and lively discussion which continued over lunch. Thanks to Mathew and his group for the excellent talk and to Tilo Kunath for hosting the event.

A pdf of Mathews talk can be viewed by clicking here

Unfortunately the sound quality on the recording is very poor – turn your speakers up to maximum! 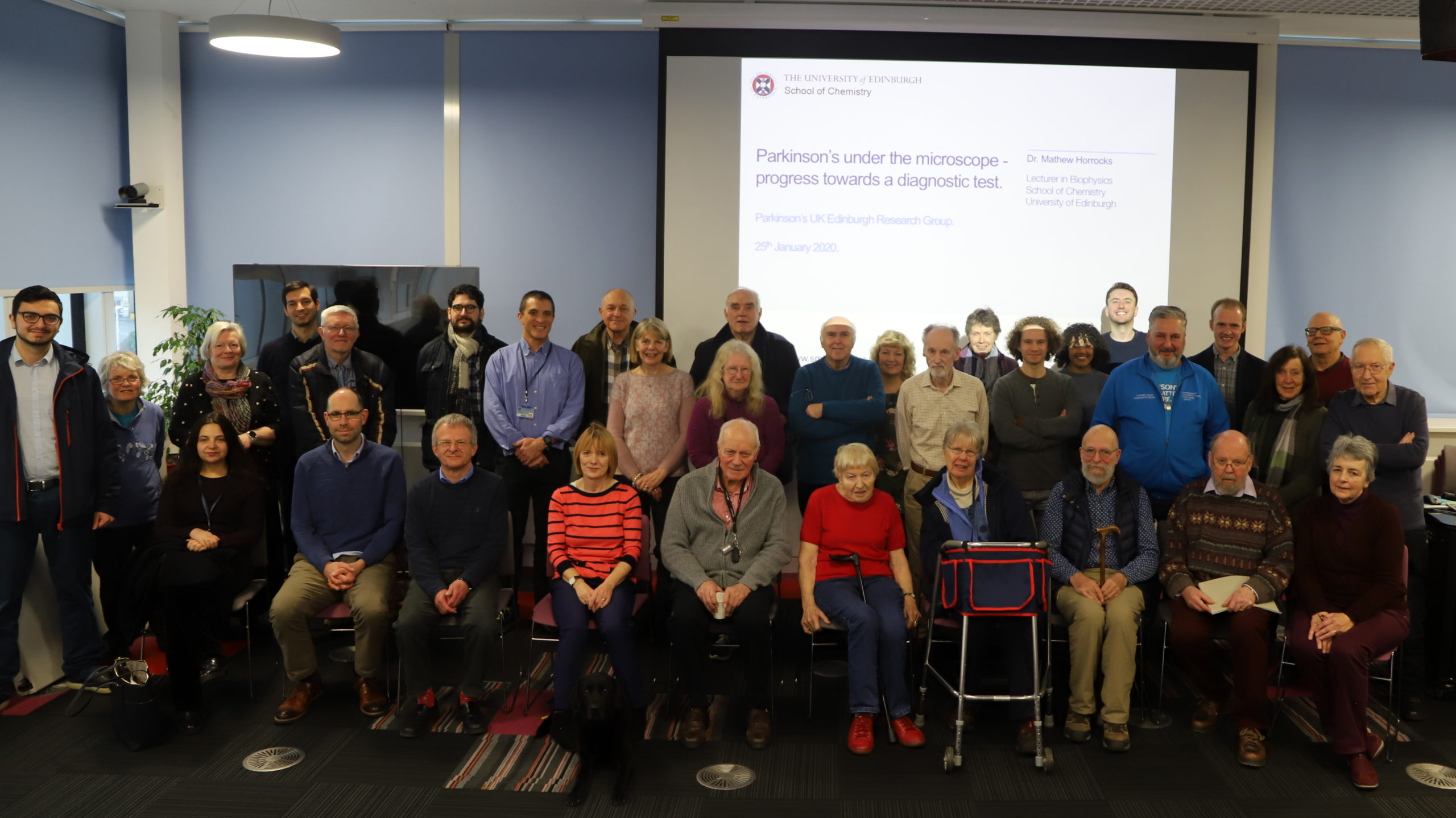 Photo of Mathew and ERIG members taken after his talk