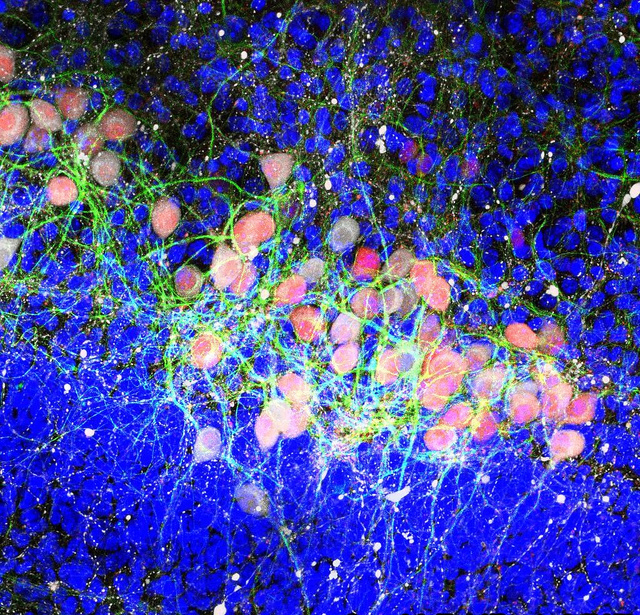 Brain scientists submitted images, captured in the course of their research, to the Picturing Parkinson’s competition, established by Parkinson’s UK in the memory of Dr Jonathan Stevens, a scientist who died from the disease at the age of 34 last December. In second place were the bright colours of ‘Waterlilies’, by Nicola Drummond, who is a research student in Tilo Kunath’s group at the MRC Centre for Regenerative Medicine at the University of Edinburgh .  In fact the picture shows the build-up within the brain of the protein alpha-synuclein which is thought to play a role in the death of nerve cells in Parkinson’s.