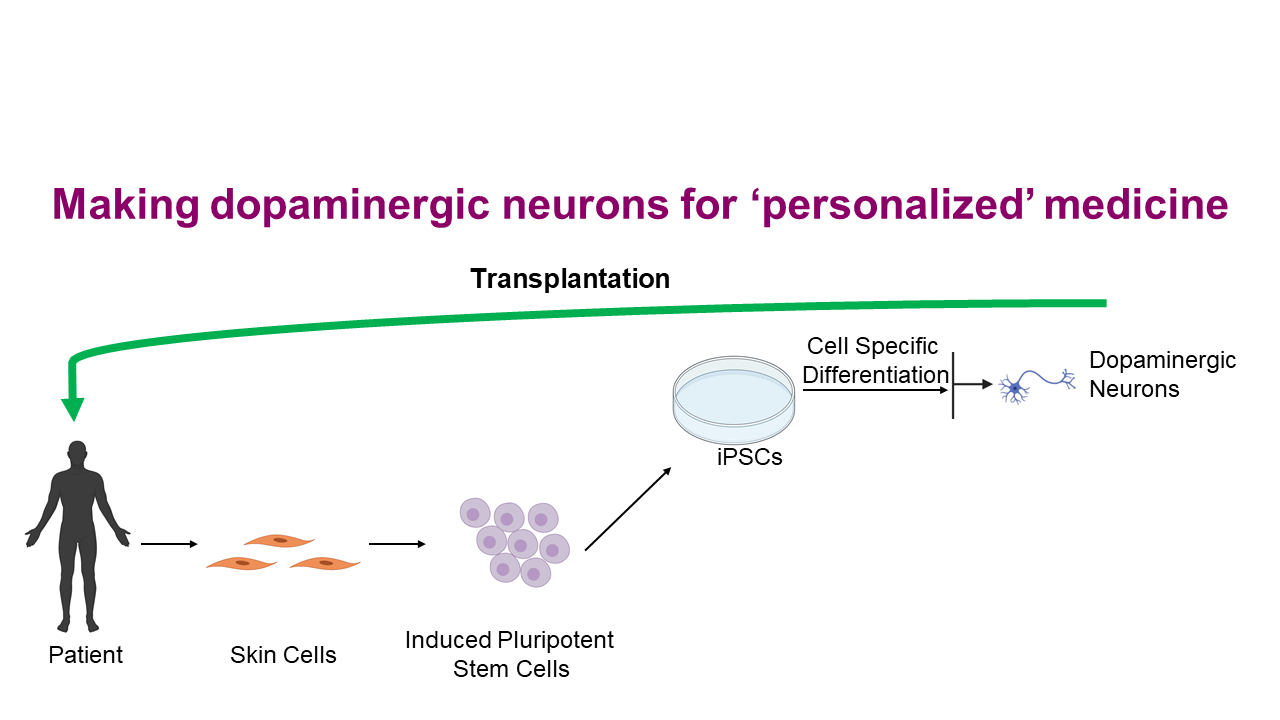 This online ERIG meeting was held on Saturday 27th June at 10:30 and was attended by 25 members. The first talk was given by Sophie Glendinning, the recipient of the inaugural Ken Bowler Travel Bursary.

Sophie is a second year PhD student with Tilo Kunath at the Centre for Regenerative Medicine, University of Edinburgh. She described how human embryonic stem cells are derived from early embryos, while skin cells taken from patients can be converted into induced pluripotent stem cells. Both types of stem cell can be induced to differentiate into any cell type.

After answering some questions from the audience, Sophie was congratulated on the award of the Ken Bowler Travel Bursary and thanked for her excellent presentation.

View a pdf of Sophie’s talk

In the second talk, Tilo Kunath reviewed progress towards cell replacement therapy for Parkinson’s. Transplantation of foetal brain material into the putamen region of the brain was initiated over 20 years ago and long-term survival and continued dopamine production from the grafted material has been observed in some recipients.

The majority of such transplantation studies have reported some improvement in Parkinson’s motor symptoms. The limited availability of foetal material, ethical considerations about its use and concerns about the purity of the foetal cell transplants has led to a shift in favour of human embryonic stem cell and induced pluripotent stem cell (iPSC) -derived dopaminergic neurons.

Tilo described an unusual study, just published in the top medical journal, the New England Journal of Medicine, and funded by the recipient of the graft! iPSCs were isolated from the patient’s skin cells, induced to differentiate into dopaminergic neurons and transplanted 6 months apart into both sides of the patient’s brain. Two years later DAT scans showed improved dopamine levels in both putamen, small improvements in motor symptoms and an apparent large improvement on a patient-assessed quality of life scale. More conventional clinical trials of iPSC-derived dopaminergic neuron transplantation are now underway.

Tilo ended by briefly describing another new study. Astrocytes are non-neuronal supporting cells found throughout the brain. Reducing the expression of a single gene in astrocytes converts them into neurons. When this conversion was carried out in the substantia nigra region of the brain in a mouse model of Parkinson’s, the astrocytes were converted into dopaminergic neurons and the Parkinson’s symptoms were reversed! The meeting ended with extensive discussion about the mechanism of this exciting result and its implications for the treatment of Parkinson’s.

View a pdf of Tilo’s talk