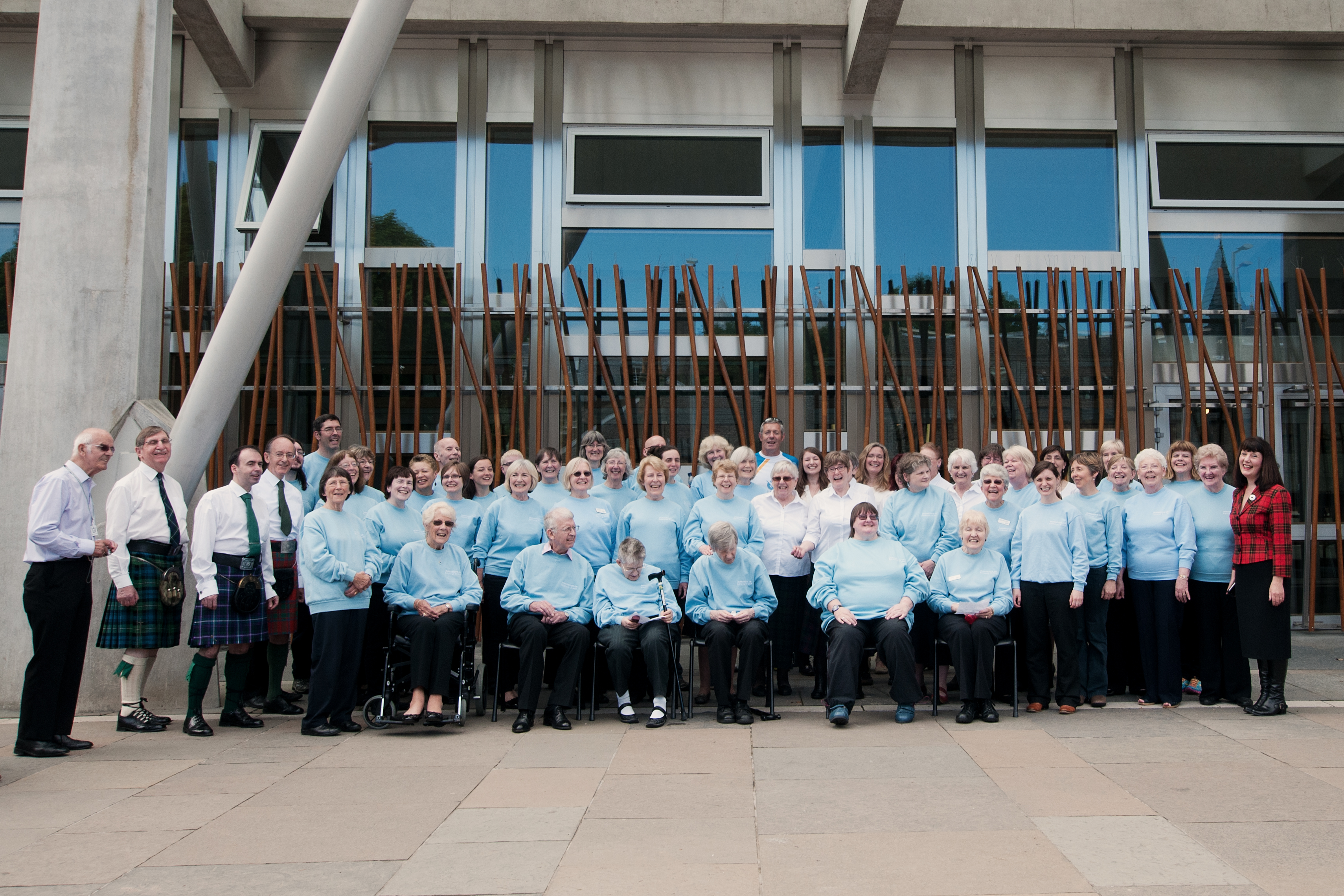 An Anthem for Our Common Wealth

In celebration of the advent of the Commonwealth Games and the Queen’s Baton Relay a specially commissioned new song will be performed by massed community singers led by Wendy Carle Taylor at the Scottish Parliament on 14 June. The singers will perform in the Garden Lobby at 12:45 for the Presiding Officer and the Baton bearer and then again outside the building as the torch exits at 13:10 en route for Holyrood Palace.

According to singing leader, Wendy Carle Taylor: ‘Our singers are thrilled to have such a wonderful opportunity to mark this momentous occasion with a very meaningful and beautiful song ‘Here’s to All Our Common Wealth’. The song was specially commissioned by Hands Up For Trad and composed by Phil Cunningham, Karine Polwart, Findlay Napier and Ali Burns, with Gaelic lyrics by Rody Gorman and Scots Lyrics by Liz Niven. Many of our singers have Parkinson’s. Singing brings very tangible holistic and therapeutic benefits to everyone and builds lasting friendships. Such community spirit is in keeping with the principles of the Commonwealth Games.’
The community singers will comprise 40 members of Wendy’s Singing4Fun with Parkinson’s, Scots Music Group and 14 members of Còisir Dhùn Èideann (Edinburgh Gaelic Choir formerly Edinburgh Saltire Gaelic Choir).

The lyrics of the songs can be downloaded as a pdf document by clicking on the following link:

Here’s to all our Common Wealth