We are delighted to learn that three of the Branch volunteers have won awards from Parkinson’s UK. 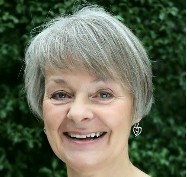 Helen worked tirelessly for the branch, particularly in the last couple of years before she stepped back from many of her roles

Helen was instrumental in the development of the new website, and organised and oversaw many of the activities that the branch offer.

A monumental achievement from Helen was compiling the Branch history, which was an incredible feat of research. The document was a moving tribute to the work of many people who in a voluntary capacity set up the branch and increased the range of activities and groups.  Please do read the Branch history if you haven’t already.

Helen was for many years the editor of the Branch Newsletter, and composed the ‘What We Do’ document.

This award is so very well deserved and on behalf of the Branch, we want to once again thank Helen for everything she has done for the branch, and for her continued help in the background. 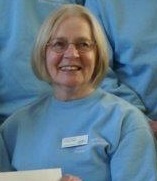 Cathie’s has pioneered and developed several initiatives in the Parkinson’s community.  This includes the Side by Side Course – organised annually by Cathie for unpaid carers of People with Parkinson’s in the Lothians.  Cathie’s empathy and professionalism are held in high regard by the NHS multidisciplinary specialists delivering the course. She’s a great ambassador for the Edinburgh Branch and Parkinson’s UK.

Following on from this course, Cathie welcomes people to the monthly Carers Support Group. It’s a great opportunity for informal care partners to share experiences.  Cathie also arranges talks on relevant topics. Up to 20 people can be at the meetings, with many having become great friends, supporting one another outside of the monthly meetings.  The group continues via Zoom.

Cathie set up the first Parkinson’s singing group in Scotland – Singing4Fun. The group of  20-30 normally meets twice weekly. Attendees, including care partners are from Edinburgh, East, West and Midlothian.  Cathie has ensured continuity in lockdown running the group via Zoom. She also shares her Singing4Fun experience with other Groups.

Cathie’s contribution the Edinburgh Branch Committee over the years is much valued. She was an active presence at various activities such as the annual Edinburgh Research Interest Group lecture and she helped organise our monthly Branch Get-togethers, welcoming new people, and providing technical support for speakers.

In 2017, Cathie and the late Heather Robertson were awarded personal certificates at the Lord Provost Awards, for their outstanding volunteer work for the Branch over many years.   We are thrilled that Cathie’s continued support and hard work is once again recognised.

Patrick received an award also.  This comes in addition to his life membership that was bestowed some years back.

In the late 1990’s, as a Committee Member of the Branch, Patrick played a significant role in the push to have a strong Parkinson’s Disease Nurse Specialist team in Edinburgh and Lothian.

20 years ago work began on a Branch website and Patrick’s son James was involved in the initial design of the website.  James also has done a lot of fund raising.  He is the profile photo for the Branch social media platforms.

Patrick went on to become Branch Chair.  He was proactive in organising the first Annual Parkinson’s Lecture in 2012.  On the back of the huge success of this, Patrick and Ken Bowler organised several more lectures and their legacy to this day continues, with hugely successful annual lectures.

Patrick is Vice Chair and still plays an active role in the Branch.  We are all extremely grateful for his legacy and his continued support.