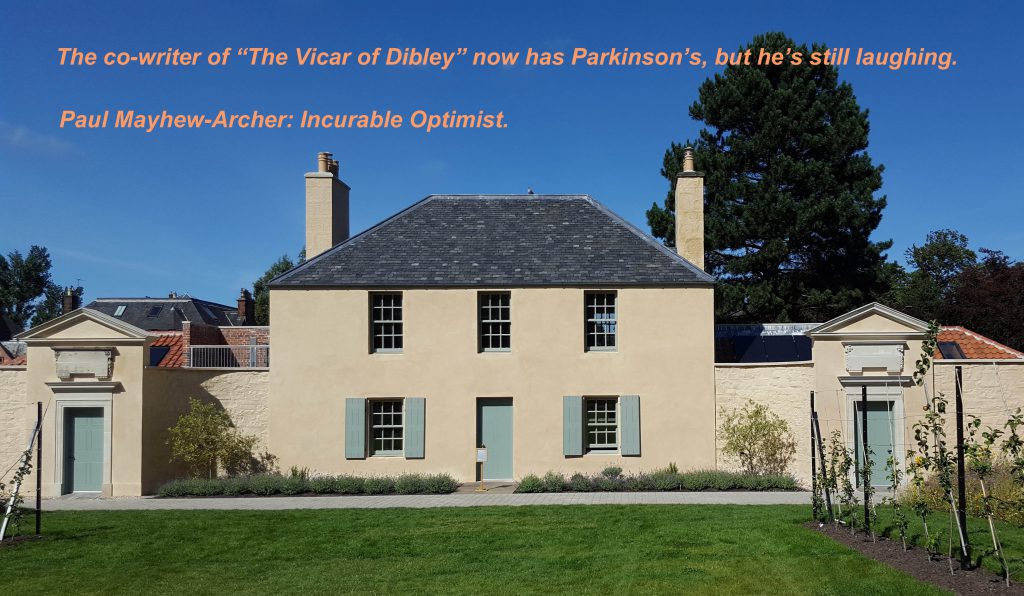 The Edinburgh Branch of Parkinson’s UK is holding a free reception for Branch members, care-partners, volunteers and activity facilitators to celebrate the visit by Paul Mayhew-Archer to this year’s Edinburgh Festival Fringe. The reception will take place in the Botanic Cottage, situated in the Royal Botanic Garden, Edinburgh.

Admission is free but by ticket only, available from Eventbrite from 24th July onwards.

Paul will be performing his one-man show “Paul Mayhew-Archer: Incurable Optimist” at Venue 302 (Underbelly Friesian, Bristo Square) every day from Aug 1st to 26th (except 13th) at 5.15 pm.

Here are appreciative comments from some who have seen the show elsewhere.

“Very funny – and moving too.” Richard Curtis.
“So funny – and true, in the way only comedy can really express.” Rory Bremner.
“Paul Mayhew-Archer isn’t just one of the country’s funniest writers. It turns out he is also an annoyingly brilliant performer” Josh Widdicombe.

And the show has been picked by “The Times” as one of its “Top tickets” for the festival.

Paul’s aim is to raise as much awareness about Parkinson’s as possible and he will be collecting donations for Parkinson’s UK and Maggies.

CLICK Here to read an article about Paul in The Guardian.

CLICK Here to find out more about the show or buy tickets.

CLICK Here to watch a short clip of Paul at London’s Comedy Store.